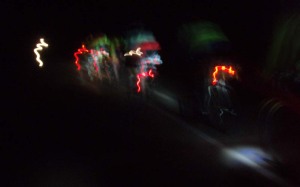 Let’s go to Paris! Paris-Brest-Paris dates back to 1891; that’s older than Fidel Castro. By someone’s logic I am now prepared to ride 1200 kilometers after finishing 600 in the alloted time. Okay, sign me up. They do require doctor’s note though. Imagine that conversation: ‘Hello, doctor, can I have a note saying that I am healthy enough to ride 750 miles in 90 hours? No, this is not a joke. No, I am not insane.’ I think I’ll just ask a friend.
So here are some pictures. Fa(s)t Dan and I had a blast. 110 miles up the coast through Big Sur then the first control 30 miles inland from there. Headwinds north through Salinas Valley (broccoli land) then control two at 212 miles at an Inn. We were one of the first people there (out of the huge field of 14) and the last to leave cause we slept for 4 hours. So it was like two rides: 212 miles one day, 163 the next. California is so damn big, we really should secede.

It’s not a purse, it’s a Randonneur’s bag 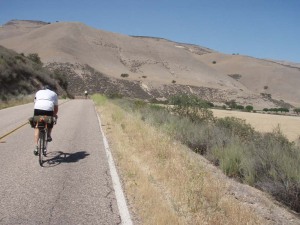 The big, rolling hills of California 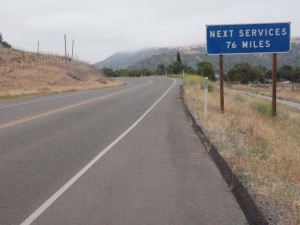 This is why the following picture exists

The guy on the motorcycle is the RBA (means something in French) for this brevet series. He once rode 3 1200k brevets in one year. He was super helpful and made what he calls ‘the hardest 600k out there’ a pleasant ride.

Comments Off on Final brevet: the 600k